A story that started as leak detection turned out to be a crime. A story for facilities managers and apartment owners.

I was contacted by an apartment owner who suspected that he had a leak in his water system in the building. He was sure of it because he had for buildings with identical square footage and occupancy. Three of the four units had water bills averaging between $800-$900 and the other was over $2100. The superintendent made a sweep of the units to fix leaking toilets and faucets but the water bill was the same the following month.

Being at the owner’s wit’s end he contacted THERMAL IMAGING CONSULTANTS, INC. The owner explained his situation and felt that he had some type of pipe leaking in the ground after it hit the water meter. The city was of no help and only offered to check the meter which they claimed was working perfectly.

Here is where the plot thickens. Upon arrival I asked to go to one or two of the good buildings to take base line measurements of what a functional system looked like thermally. Nothing exceptional was noted however I did take some quantative measurement with very close temperature readings and also looked for suspicious pattern.

We then went to the suspect building and proceeded to the basement where it was immediately obvious what was happening. The water pipes connected to the water meter were cold . That you would expect, however, THE DRAIN SEWER PIPE WAS EXCEPTIONALLY COLDER THAN THE OTHER BUILDINGS. Stop reading for a moment and see if you can answer why that would be.

Did you guess it? I asked the superintendent to immediately get the pass key to enter in all 12 apartments. He indicated that it was not necessary because he had checked them and only found minor problems. I told him someone was stealing the water by letting their faucets, toilets and tub run all day long. That is why the sewer line was so cold. They indicated to me that once we knocked on the door the person would immediately shut off the water and we would never know who did it.

Not so fast. I informed the owner and the superintendent that my camera would be able to see the thermal signatures of the water that had been running because it would have cooled down the drain pipes, the tub, the toilet, the sink and anywhere else the water was running quite some time after they shut the water off. As we made a sweep knocking on all the doors people anticipated what we were doing. And approximately ½ ways through all the inspections we found a tenant that did not want to open up the doors and took an inordinate amount of time to allow us to come in. Immediately it was evident that everything that had to do with sink drain tubs, they were all cold from continuous running water. It was obvious that this unit was letting the water run 24 hours a day every day. When confronted with the pictures taken their excuses were inadequate to overt a certain eviction notice there on the spot. The tenant was retaliating against the management from a previous disagreement.

A SIMPLE THERMAL IMAGING INSPECTION SAVED THE LANDLORD REAL MONEY… AND SENT A MESSGAE TO THE TENNANTS AS WELL… CRIME DOES NOT PAY. 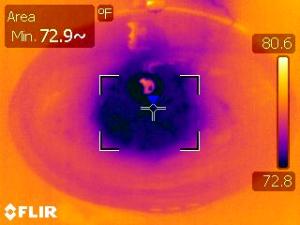 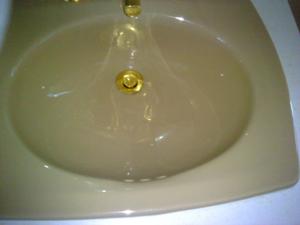 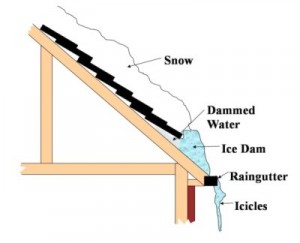